Weirland is a single-player roguelike, with integrates basic platforming and hack and slash mechanics into the genre. The dungeon uses a number of template rooms to construct itself as you continue to explore. Absolutely loved making this and will likely continue to work on it in the coming future.

INTERACT - "E" (only when prompted)

I made this as part of the LMOB Beginner Game Jam, myself (a one person team) with a combination of art/audio assets that were either held in the creative commons or were licensed by myself (more info below). I did do modification to some of the audio and art pieces, though my role was largely as a designer and coder, more than an a 3d modeller or sound designer.

Excellent work! I love the concept, and the dungeon feels really fluid.

--The difficulty probably needs to be increased, as I was able to tank a mob of 5-6 enemies without any attempt at blocking//dodging and escaped with more than half my life, and immediately turned around and also tanked the giant skeleton and finished him off without dying.

--The controls are very unresponsive, and stiff. The lack of a "reverse"//"back walk" makes navigating the dungeon an unnecessary chore, especially when moving too close to a door. The players movement speed drops dramatically while holding forward and trying to move left or right. The players jump however feels good, and springy.

--There was only one instance where i opened a door, and fell through the map into an un-generated room.

--The variety of rooms, and models was really astounding. I love how cohesive the dungeon feels, and it looks great and well thought out. The rooms have the perfect amount of clutter to look used and lived in without being messy and an eyesore.

Overall, This is a great base for building an aweesome 3d Action RPG.

Reply
Mason B.1 year ago

Thanks a ton! I’m working on improving this game and having constructive feedback is super helpful. Two of the core things that I am looking to work on is a significant combat/movement overhaul to make the game feel more fluid (as well as some significant upgrades to the procedural system that is the dungeon, but that is just a particular area of personal interest).

Thanks a ton for playing! 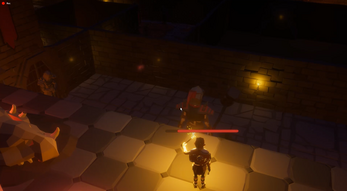 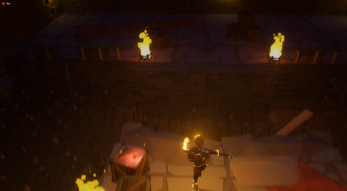 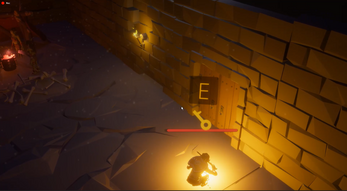 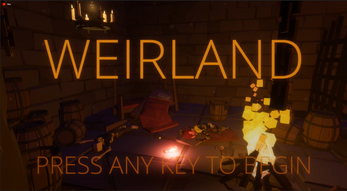